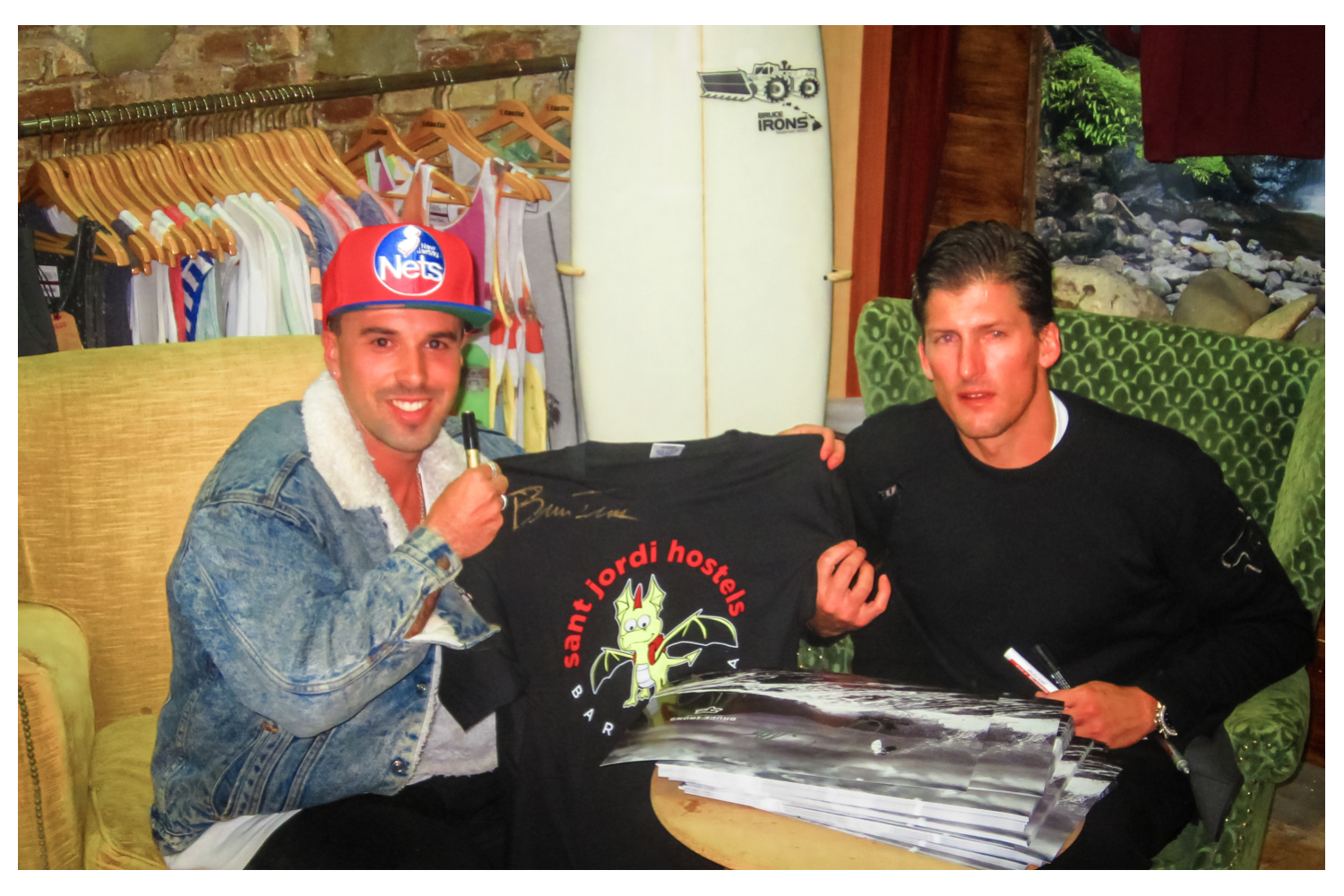 Surf legend, Bruce Irons was in Barcelona during the X Games Barcelona event a few weeks ago. At an autograph session at TacTic, the best surf/skate shop in Barcelona our boy, Duda Castro, a lover of all things surf and skate, had the pleasure of meeting the surf icon and letting him know what’s up with the best hostels in Barcelona – No less than Bruce Irons, ONCE AGAIN BRUCE IRONS… FROM HAWAII!!!

In a brief conversation Duda informed the big-wave, barrel master from Kauai that yes, there are waves in Barcelona and yes it can get decent – ok, not Hawaii decent, but decent just the same. Bruce didn’t seem too convinced about the whole surfing in Barcelona thing. We understand – when you come from the North Shore of Kauai, the waves in Barcelona and most other places in the world for that matter, just aren’t worth putting on the wetsuit.

Things to do in Barcelona – La Sagrada Familia
November 13, 2018